While walking up to a hidden spring in a rock crevice last week in Mexico I noticed a Coues deer tail and some guts floating in the pool of water! I crawled down into the rocky canyon and then noticed a freshly eaten back leg with a worn down buck hoof. With a stick I pulled the remains out of the water and figured it was the ranch owner who killed a deer and threw these parts in there. I had a trail camera pointed almost directly at this spot and hadn't checked it in almost a week so I figured I had pics of the rancher with this deer.


I went back to the ranch house and loaded the pics on my laptop only to be completely amazed at what I saw! At first I noticed there were more Coyote pics than usual and then there was a pic that clearly explained everything! Instead of the rancher with a deer, I had a picture of 3 Coyotes killing a great Coues buck! Looking at the time frames of the pics you can tell that the unfortunate deer put up a fight for at least an hour and a half! For several days after this incident I would get pics of Coyotes traveling in and out of this canyon and leaving with chunks of deer meat in their mouths!


I had to be home that next day after checking the camera so I couldn't go back and search for the rest of the carcass. My partners Scott and Santos went back and dug around in the pool of water but only pulled out a turtle. They also search the nearby area and still hadn't found the head yet but I'm sure we'll find it soon and I'll add the pics of it when I return.


It's an amazing thing to catch this on camera and it really sucks to see it happen. I never thought much about the impact Coyotes have on older age class bucks but appearantly they are fair game just the same. Lions don't deserve all the credit people give them, these pics clearly show that Coyotes are just as efficient at killin' the trophy bucks!


It's hard to see but this is actually a great buck, if you look closely you can see the long tined 4 point left side. These pics are in order as they happened, it's crazy how long the fight lasted, who knows how long it lasted off camera! It seems unfortunate but it's a rare glimpse of reality in the wild! 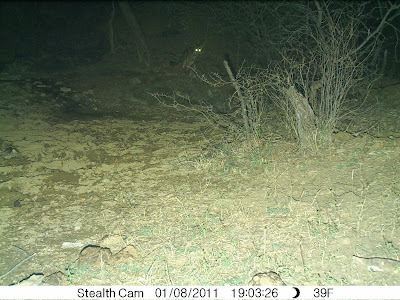 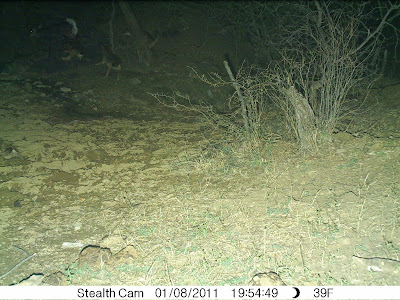 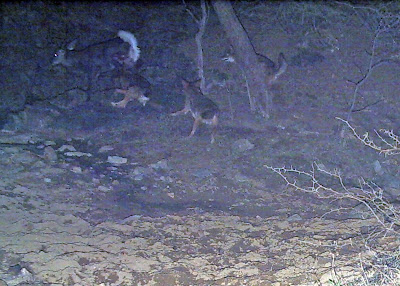 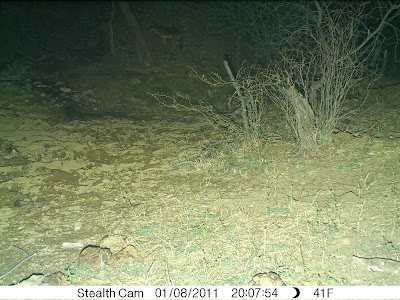 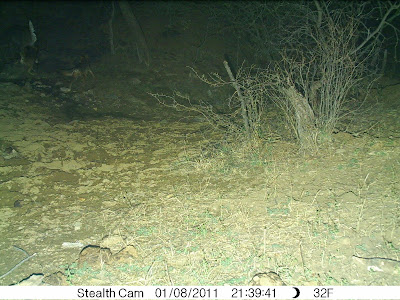 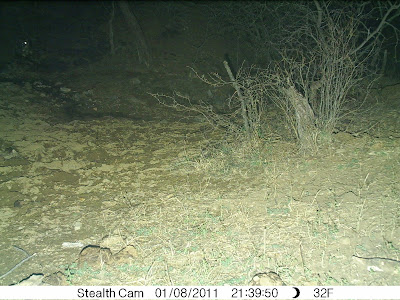 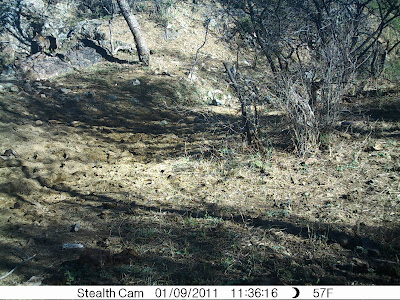 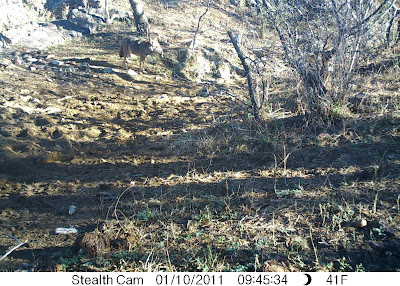 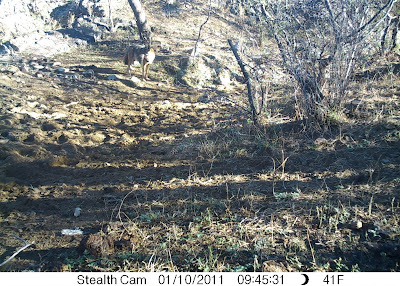