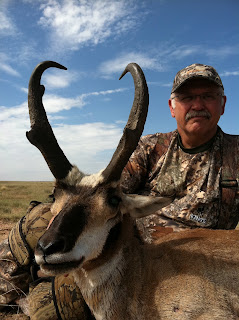 Switching gears from Bears to Goats! We had just got done with the Bear hunt and headed up for Dad's Antelope hunt! Dad has waited a long time for this hunt and even though it's a trophy unit, the trophy bucks were hard to find! Dad only wanted to kill his biggest buck to date so any 80" class buck would fit the bill and with what we were finding we felt we had a good chance at that! 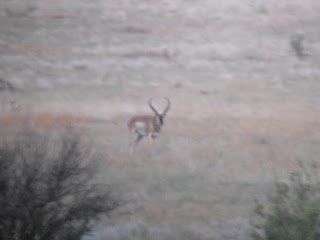 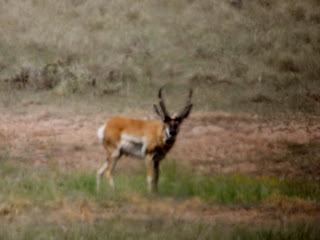 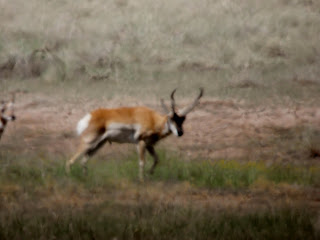 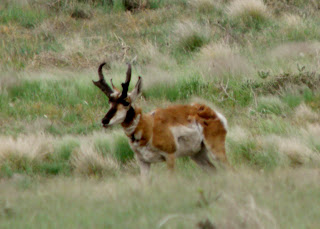 Bryan came down from elk scouting and Gary came up to help Dad and I. On opening morning we scattered to find a buck that Bryan had found the night before but with no luck so we then ran over to relocate our initial Plan A buck. Once there we found several hunters flingin' lead at a smaller buck and working him and his harem around in circles. We looked past the circus and relocated our buck several miles out so Dad and I loaded our packs, grabbed the Zebu decoy and headed out. It was 100 degrees and we knew we were on a death march across the prairie! We had gone about 1 mile when we noticed the buck those other hunters had been shooting at was headed our way. We stopped and got a better look at him and then noticed we had underscored him! Dad and I dropped behind the decoy and waited to get a better look at him. Eventually the does appeared at 150 yards and following behind them was the buck! At 112 yards we realized this wasn't a buck to pass up with a smokepole! Dad leveled his canon and BOOOM!!! The buck humped up and stood there while his does just stood looking around confused. Dad excitedly reloaded and hadn't packed the powder tight enough but after several missfires we realized what happened, packed the powder tighter and BOOM! The gun finally fires and the buck dropped dead at 112 yards! 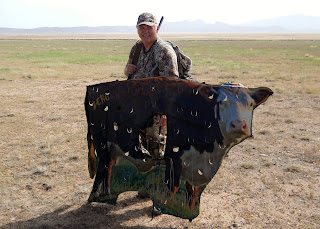 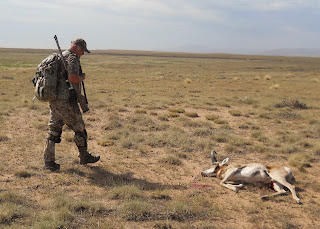 We called Bryan and Gary to let them know that we didn't feel like hiking the extra miles so we decided to shoot this buck instead! We knew once they saw this buck they would realize it had nothing to do with the hike we had ahead of us, this buck was an absolute stud! The mass is insane and he's absolutely gorgeous! He didn't seem that impressive to us at a distance but up close it was appearant that he wasn't a buck to pass up and most likely scores better than the buck we were originally after. 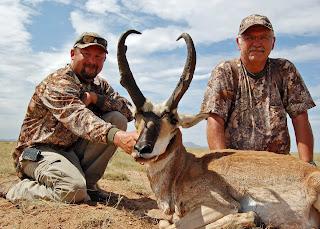 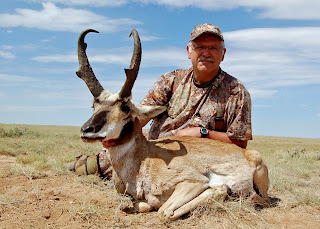 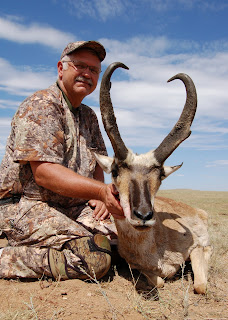 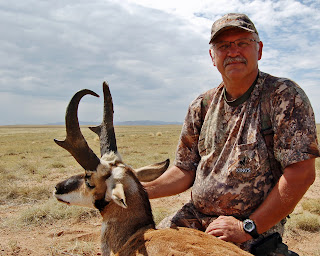 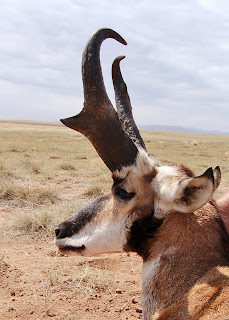 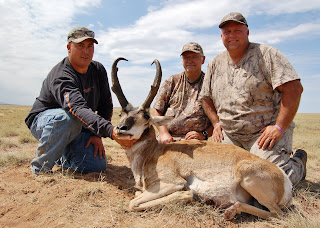 It was awesome to see Dad get all worked up and excited and it was even better to see him tag such a great Antelope! Thanks to Bryan and Gary for being there to help out and share in the experience! Congrats again Dad! Mullins.
Posted by JIM> at 1:52 PM