First Bull of the 2011 Archery Season! 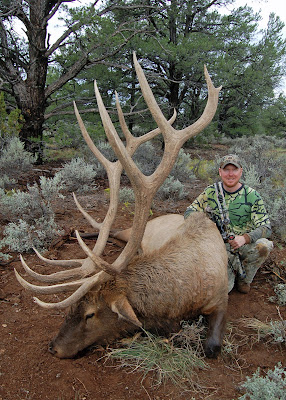 So with the elk hunts finally here, our anticipation and excitement is boiling over! The bulls were screaming and the rut seemed like it would be good prior to the hunt but that would not be the case! The rain storms started rolling in and kept rolling in one right after the other and the rut seemed to wind down more and more with each storm!

I was in our main camp in Unit 9 with 3 hunters and even though the rut was slow and the pressure was heavy we still made it happen!

First up was John. John's expectations matched ours and we were wanting to kill a huge bull! We had several picked out and hunted them hard but we soon realized the competition for those bulls was too much so we went to find a bull of our own. After relocating to the other side of the unit we found what we were after! We had big bulls all to ourselves and they were talking enough to locate them. We knew cow calling was not productive so we changed up tactics.

We had a bull bugle in the treeline shortly after light. We grabbed our gear and ran to get ahead of him. After about a mile of getting into position, Jeff ran back as I took John ahead and set up. The bull bugled once more and that reaffirmed we had set up correctly. I ranged the shooting lanes and told John that this is gonna happen fast! Jeff let out a perfect bugle and the bull was interested in checking him out! We saw his legs first and just before he stepped into our shooting lane he stopped and put his head down. As he swung his head up I got a good enough look to know this was a shooter class bull and it was about to get western! Jeff's perfect subtle calling had this bulls curiosity and he wanted to check out this new bull in his area. The bull then started into our lane, 35 yards was the mark as the bull veered broadside and just as I stopped him John's arrow was on it's way and smacked him perfectly! We sat and listened as the bull ran and crashed within 100 yards! 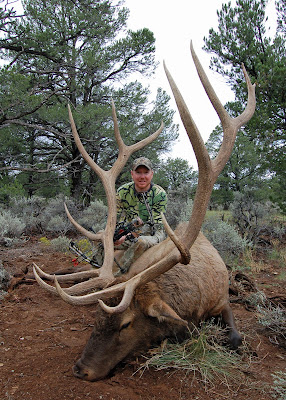 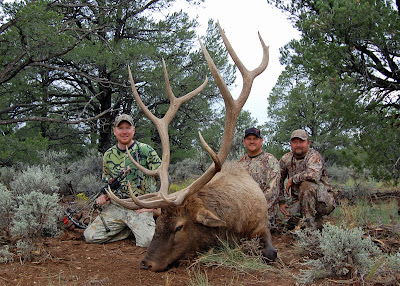 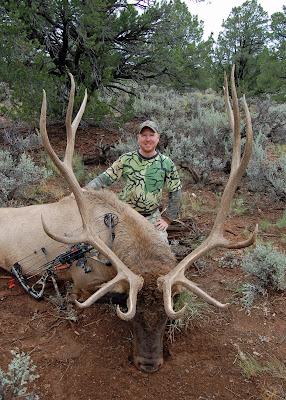 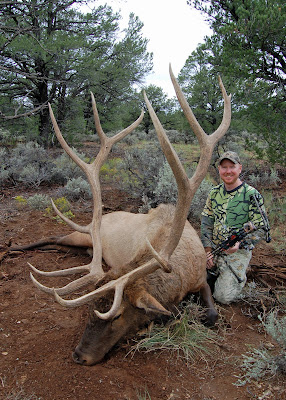 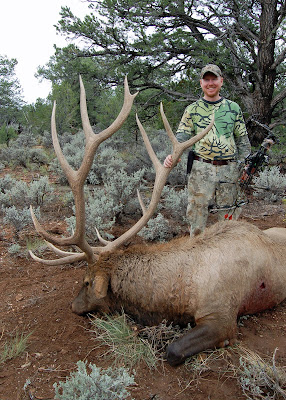 We were all excited for John and his incredible archery bull! John kept his composure through the tense moments and made a perfect shot at the perfect time to claim this huge bull as his own! It was one of those moments that I live for. We took a tough hunt, adapted, relocated and smacked a whopper of a bull in the end! Congratulations John on a bull of a lifetime! Mullins.
P.S. Thanks to our packers, Vance, Matt, Glen, Dad, and especially my nephews, you all made it easy! Thanks!
.
Posted by JIM> at 11:30 AM